I’m thrilled to have a guest post today from Robin Walker addressing the really practical question of models and ELF. So without ado, it’s over to Robin… 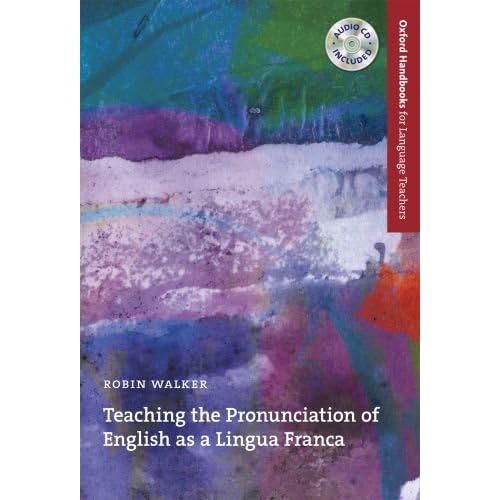 During the recent BESIG webinar on Business English as a Lingua Franca (BELF) panellist Ian McMaster raised a crucial issue regarding teaching ELF in the BE classroom. Ian was concerned about the lack of a clear model for teachers, and this very real concern needs addressing. The fear is that if the current native-speaker models are removed, with nothing there to put in their place, teachers will be at a loss as to what to teach, whilst learners will have nothing to guide them towards their desired goal.

Ian is not the first colleague to voice this concern, but if we look at the situation a little more closely, we will see that these fears as to the impact of an ‘absent’ NS-model are ill-founded. In the area of pronunciation, where my own work on ELF has been focused, there are three options that are immediately available:

Interestingly, for BELF, where the goal in pronunciation is not proximity to a NS norm, but competence in the features that will ensure international intelligibility, competent NNS teachers are at least equal to competent NS teachers as models for pronunciation. Indeed, in some ways they may even be better. NNS teachers can get ‘into the skin’ of their learners more easily as they have already suffered the process of learning the new pronunciation. Secondly, because they have made the same journey that their learners are embarked upon, they often know ‘tricks’ that they can pass on, often based upon the mother tongue phonology. In addition, NNS teachers constitute living examples of what is possible, and learners can realistically expect to achieve what their NNS teachers have achieved.

Robin Walker will be a familiar face to folks who have watched the video on ELF and BELF that I posted a few weeks ago. Based in Spain, Robin is a freelance teacher, teacher educator and materials writer and also the author of Teaching the Pronunciation of English as a Lingua Franca. (link) Robin gave a terrific talk on ‘The globalization of English: Implications for the business English classroom’  at IATEFL last year, which can be accessed via the IATEFL website